Fall is full of simple pleasures here in Saint Louis, even when the Cards aren’t World Series champions. After all, Cardinals fans still got almost a full month of playoff baseball and, judging from history and statistics, can likely look forward to enjoying October games well before Cubs fans again experience the glory of post-season play.

First off. I am truly thankful to live in a city. I grew up in a rural town that is now home to fewer than 3,000 souls. My town did not get a fast-food restaurant until the late 1990s, around the same time it got its first ATM. While those facts may make my hometown sound charming and Rockwellian to those who have never experienced the Arkansas Delta firsthand, I can assure you that it was not.

At the same time, Saint Louis is a city that showcases the seasons, something I rarely experienced in the Delta or in Dallas, a place that specializes in summer and the metropolitan area I previously called home. Dallas is city so short on trees that I believe most Dallasites have to take their seasonal cues from the Starbucks menu. After all, nothing says fall like a Pumpkin Spice Latte and highs in the 70s and 80s.

But, here in Saint Louis, a taste of fall can be found right outside my back door, no Starbucks necessary. 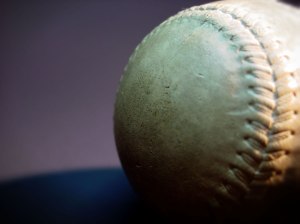 Spring training may have just started but, here in Cardinals Nation, baseball has no beginning or end. For Redbirds fans, it is a sport with an infinite season, or at least one hopes so when it comes to Stan Musial, who died January 19.

Musial — depending on your pronunciation particularities and preferences — it may even rhyme with usual. Despite his humble  off-field demeanor, that term didn’t  apply to The Man in any way.

He may never have earned baseball’s Triple Crown, during his conspicuously consistent 22-year career  with the St. Louis Cardinals, but Musial was no statistical slouch. Stan the Man won seven National League batting titles, was a three-time NL Most Valuable Player and led the Redbirds to three World Series championships in the 1940s while squeezing in a year of Navy service during the decade.

The lifelong Cardinal  was faithful to both his on- and off-field family, celebrating 72 years of marriage before his wife Lil died in 2012 and first giving up advertising cigarettes, then kicking the habit all together to avoid being a bad influence for kids, whether his own or one of the thousands who lined up to snag one of the autographed cards he kept in his pocket.

It will be a little sad when Stan the Man  isn’t on the field at Busch Stadium with other Cardinals Hall of Famers this opening day, but I like to think he’ll be watching from somewhere. Better yet, the famously inclusive outfielder (who would declare “deal me in” to African American players who otherwise felt excluded at the All-Star festivities of the past) may even be coming up to bat himself in the All-Star Game of all time, trying to get one over the gloves of the likes of Lou Gehrig and Jackie Robinson while his wife Lil looks on from the best box seat in the park.