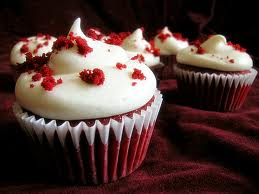 My best friend and I recently attended book tour events by two very different authors whose presentations had a surprising number of factors in common. They also made me wonder whether I should learn to bake my own high-end cupcakes, force myself to write a book a year, start developing a monologue for a future book tour or wake up at 4 o’clock every morning to try accomplishing all those things at once.

The two authors, Alexander McCall Smith and Jennifer Weiner, both write fiction that appeals mostly to women, but that’s where the surface similarities end. McCall Smith is best known for The No. 1 Ladies’ Detective Agency series which stars “Mma Ramotswe, the endearing, engaging, simply irresistible proprietress of The No. 1 Ladies Detective Agency, the first and only detective agency in Botswana.” Weiner is famous for novels with plucky and plump protagonists who, she says, often “are a lot like me and have an ex boyfriend a lot like Satan.” In contrast, Satan doesn’t come into play in McCall Smith’s novels, which feature protagonists that seem to bear no resemblance to the 60-something Scotsman who created them.

That said, both seem to see their fictional characters as living, breathing people, and it comes through in their work.

During his presentation, McCall Smith frequently amused himself as much as he did his audience while recalling the exploits of six-year-old Bertie, a bilingual, saxophone-playing prodigy who is the constant victim of his pushy mother’s aspirations in the author’s 44 Scotland Street series.

During her talk, Weiner responded to a question about her first fictional protagonist, Cannie, by saying that “she definitely has a future,” and that future depends much on where the author’s own life journey leads.

Both are incredibly prolific.

Including her first novel, released in 2001, Weiner’s published 12 books and collaborated on countless other projects between book tours and birthing babies. Weiner has 11 events on her schedule this month alone, including the one where I saw her in the Saint Louis area. I’m not sure when she finds time to write, but I’m pretty positive she cranks out copy a lot faster than I can.

McCall Smith, a retired medical law professor, has penned more than 50 books since his first, published in 1978. That’s better than a book a year. And McCall Smith’s latest promotional tour has six stops in seven days in October. I know rock bands with members in their 20s who can’t keep that pace.

Both treat their readers with respect.

Each author answered questions they must have heard hundreds of times before with a quick wit that made their responses funny and fresh. Weiner even referred one reader with a question on how to write her own novel to a section on her website that conveniently breaks the process into 10 stages, the first two being “The Unhappy Childhood” and “The Miserable Love Life.” Clearly, she’d been asked the question before, but she didn’t mind answering it again or sharing her insights with readers who might never make it to one of her events.

Both were incredibly engaging.

I went to these events expecting a reading, a signing session and maybe an audience Q and A. What each author offered was a full-on, laugh-out-loud monologue that simultaneously explained their popularity as writers and made me want to friend them on Facebook. I’d like to be able to say the two writers were equally engaging, but Weiner dropped the F-bomb in an upscale mall store at least twice and provided gourmet red velvet cupcakes. Given that, McCall Smith just couldn’t compete.