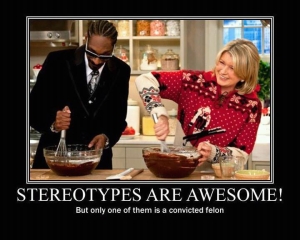 “Don’t judge a man until you have walked two moons in his moccasins.”
― Sharon Creech, Walk Two Moons

Unfortunately, I believe most of us don’t have to try too hard to identify with Trayvon Martin. Over the last week or so, many friends have recalled stories in which they were stopped and questioned — or not questioned — based on what they were wearing and, at least from a distance, the way they looked.

Consider the case of the white man with the long hair and beard stopped twice by the same Kansas state cop over the course of a year. Then, there was the friend, an African American woman who happened to be wearing a hoodie, stopped by authorities blocks from her parents’ house in a well-to-do suburb of Saint Louis. Another female friend with out-of-state plates was stopped while traveling a route favored by drug traffickers only to be told she “wasn’t who they were looking for” as the officer approached the car.

And I vividly remember being stopped at a sobriety checkpoint while in a car full of other Asian American women on the way to a conference event. None of us were drunk, but all of us needed a stiff one after the driver, who happened to be the brownest among us, was thoroughly questioned about where we had been, where we were going, and whose car we were driving to get there.

This is not to say that I understand the plight of the black man, only that I and many others can understand what it feels like to be reduced to a stereotype. Why, in modern America, is this still the case? Is it the fault of media outlets that still too often use stereotypes as shorthand? Is it, as this opinion column from Walter E. Williams points out, the fact that African American males under 18 are statistically more likely than others to commit certain crimes, “showing a strong interconnection among race, youth and crime, are a far better explanation for racial profiling and suspicion than simple racism.”

Or is it hidden biases that we all harbor so deeply within our subconscious minds that the reasons behind them can never be identified, much less uprooted? Those are the biases that make us lean casually on our door locks when we drive into certain areas or prompt us to cross the street when a “threatening-looking” person approaches.

While we may identify with Travyon Martin, I’d argue that many of us have also walked a mile or two George Zimmerman’s shoes. But, who am I to judge?

Take these demonstration tests from Harvard University to discover your hidden biases.

18 thoughts on “Walking a Mile in Trayvon’s Shoes”